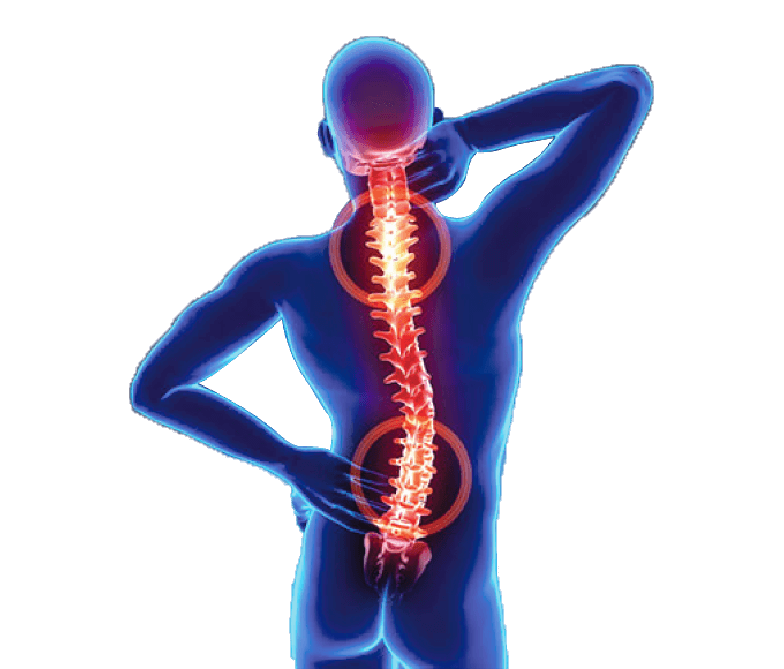 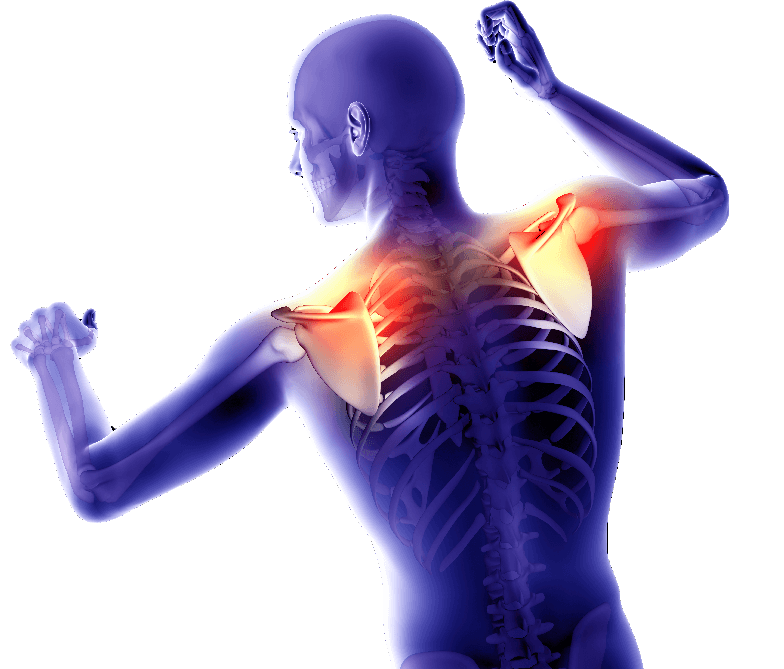 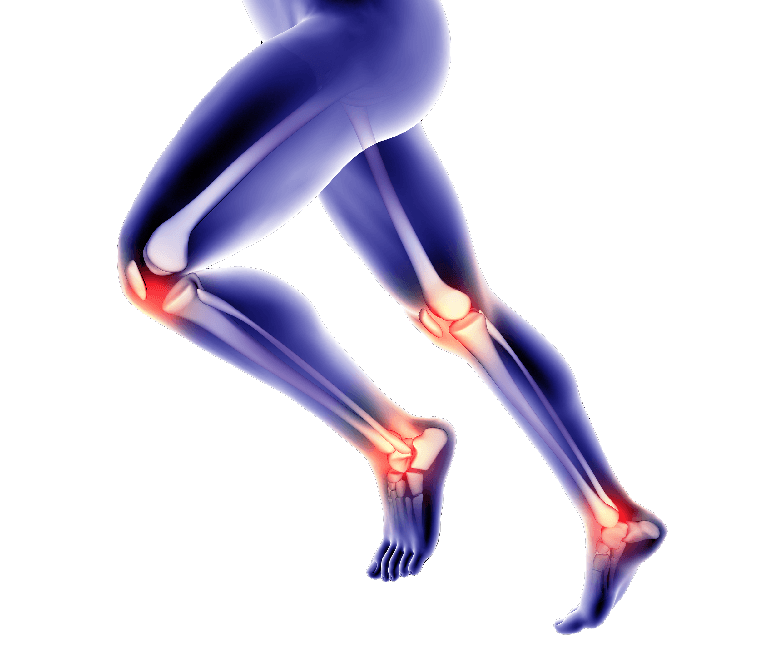 Non-Medicated pain relief patch that helps with your back, neck, shoulder pains & sprains.

Menthopas is a non-medicated topical Patch is designed to target back and muscle pain, providing up to 8 hours of localized pain-relieving. The thin, self-adhesive patch provides effective pain relief and muscle relaxation in a non-medicated, tablet-free format.

Relieves you of any mild to moderate pain. 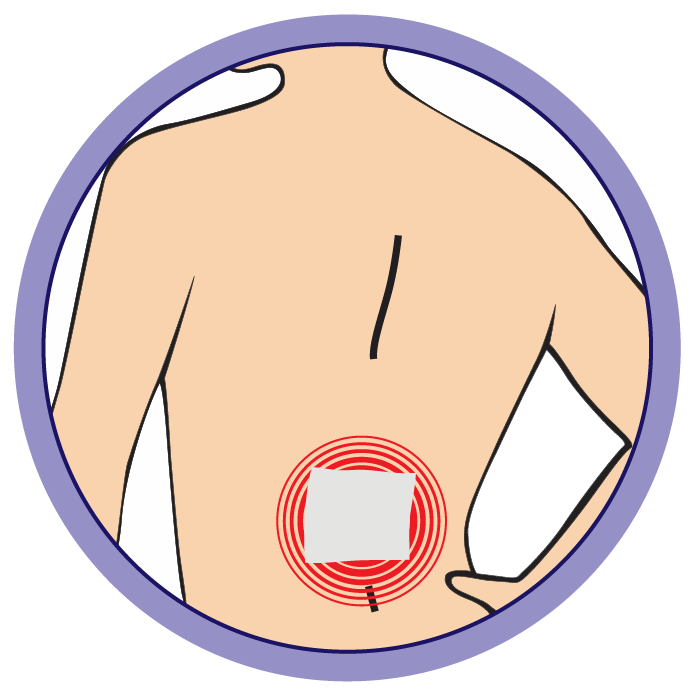 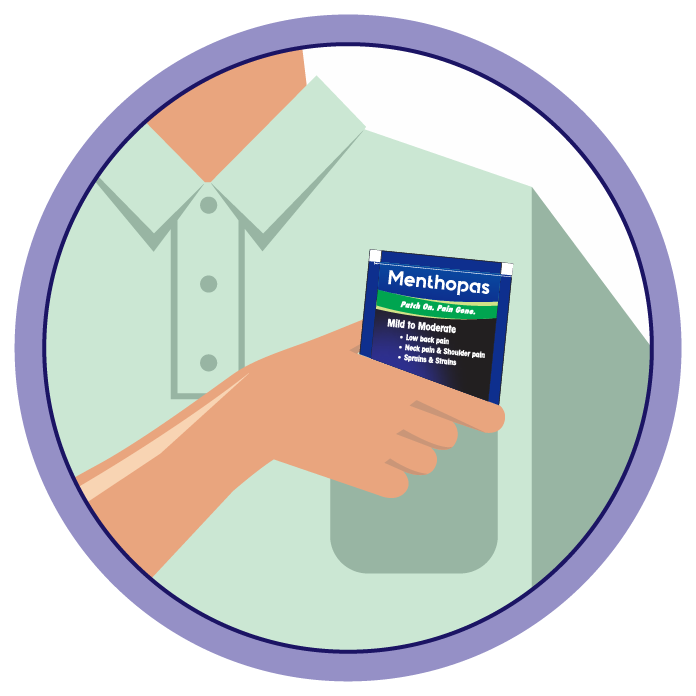 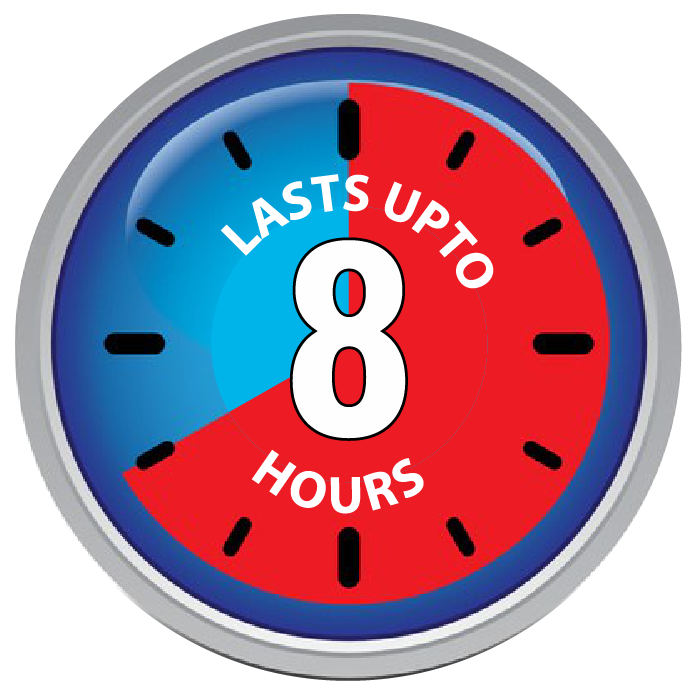 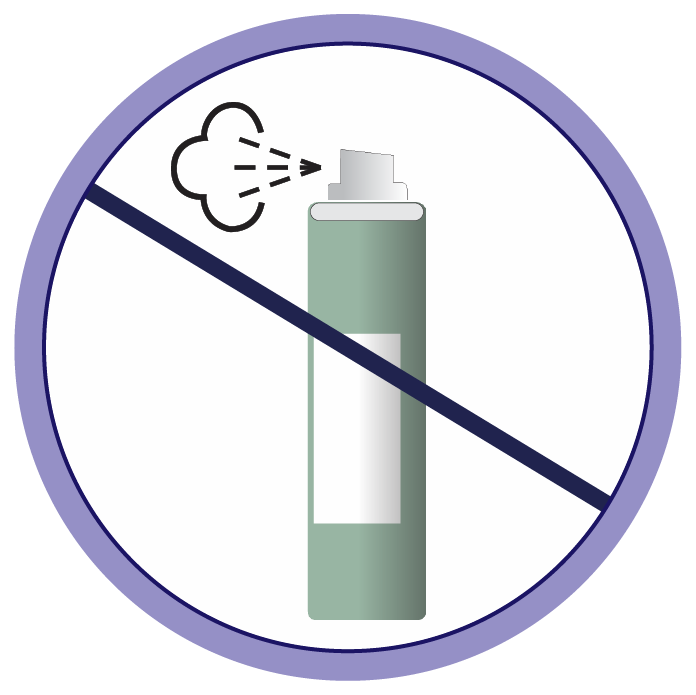 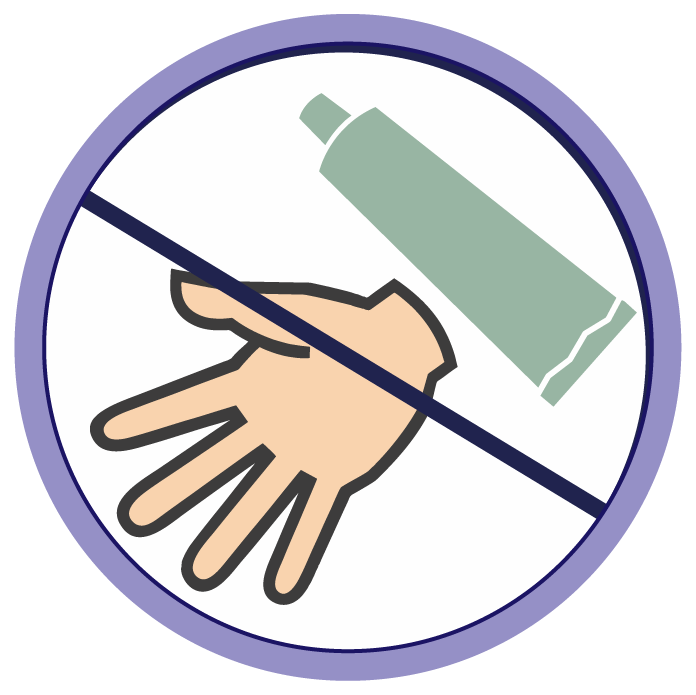 Relieves you of any mild to moderate pain.

Methyl salicylate acts as a Counter irritant that desensitizes the pain receptors. Menthopas contains 6.3% of Methyl salicylate and acts as a local vasodilator. It may work by analgesic and anti-inflammatory effects and by producing vasodilatory results, thereby increasing localized blood flow and tissue temperature.

Menthol works as a cooling agent. Menthopas contains 5.7% of Menthol and acts as local anesthetic, analgesic (weak kappa opioid receptor agonist), and counter-irritant. Menthopas excites and subsequently desensitizes the sensory neurons by acting on cold-sensitive TRPM8 receptors in the skin is responsible for cooling sensation.

Camphor plays the role of a soothing agent and rubefacient. Menthopas contains 1.2% of Camphor and acts as antipruritic, analgesic and Counter irritant (increases local blood flow). It activates and strongly desensitizes the TRPV1 receptors responsible for its analgesic action.

Get Your Pain Relief Patch Everywhere Availbale At Nearby Pharmacy Stores

Also at many offline stores

I have used menthopas in severe back pain. It is really a good product. It is very good in management of local pain.

I used menthopas in few patients and they all got symptomatic relief in acute pain with tender joints.

1) 73 years old female with trauma to the shoulder and pain used menthopas for 5 days and the pain decreased by 50%.

2) 43 year old patient had sprain on her left wrist used menthopas and the pain decreased by 80%.

The swelling reduced after first dose and three doses later her pain came down drastically.

Patient got very good relief after applying menthopas in low back pain and shoulder pain.

Menthopas was very good in controlling pain and spasm.

Used menthopas in sprain and acute pain and the results were good.

Menthopas patch was very effective in relieving shoulder pain of my relative.

My father used it for low back pain and it was very effective and have excellent result as it is non sedative, non irritating, non itchy and unlike tablets it’s non nephrotoxic.

Menthopas has better pharmacological profile and patients are getting pain relief compared to oral analgesics.

I used menthopas in my patients with low back pain the results were good.

Menthopas was used by me on my patients having constant pain not relieved by pain killers. Menthopas had very good result in the above case.

I was having low back pain and calf pain on left leg for last 3 months. Menthopas helped a lot to reduce pain the above case.

We have answered most of the commonly asked questions. We believe you’d get your queries resolved here.

What is Menthopas Pain Relieving Patch?

Why Menthopas patch should be used over other patches in the market?

Menthopas is made in India and made for Indians. Factors such as Indian temperature, humidity and skin conditions are taken into consideration. The adhesion of Menthopas patch is far superior to other patches.

What are the active ingredients in Menthopas patch?

What are the dimensions of Menthopas patch?

What is the composition of Menthopas topical patch?

What is the technology that is used in Menthopas patch?

Backing layer: It is the topmost layer and prevents the drug from coming out from the top.

Adhesive Layer: It holds and releases the drug. It consists of PSA because of which the patch can be adhered to the skin with slight finger pressure.

Release Liner: It is the transparent film which is to be removed prior to the application. It is a protective layer and protect the drug components from contamination due to environment. 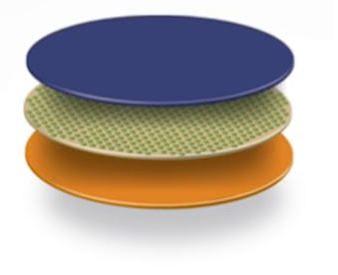 How does the drug penetrate into the skin?

What are the USP of Menthopas patch?

Made in India. Made for Indians.

Our patches are designed specifically by taking care of the tropical conditions of India.

How long does it last for?

It lasts for 8 hours.

Is a prescription needed?

No. It is an OTC product and does not require a prescription. If you are allergic to any ingredient used, please consult your doctor.

Which specialty doctors we associated with Menthopas patch?

Where to buy and what is the price of Menthopas?

You can buy offline at Chemist Stores, Online at Amazon, Azista Store

Price at offline stores: One pack containing 6 patches for Rs 99/-

What are the benefits of Menthopas patch over conventional topical pain relieving products?

Dosing frequency is less. One patch acts upto 8 hours whereas creams and gels need to be reapplied after every 3-4 hours. Washout of creams/gels is a concern. It is non-staining, non-evaporating, easy to carry, easy to use, less side effect, improves quality of life and no first pass metabolism.

The shelf-life of Menthopas patch is 2 years from the production date; expiration date is on package.

Who is the manufacturer of Menthopas patch?

What is the punch line for Menthopas patch?

Where can Menthopas Patch be used?

How should I use the Menthopas?

People who are suffering from aches and pains associated with: strains, sprains, arthritis, muscle fatigue, muscle pain, stiff shoulder, simple backache can use Menthopas topical patches to get relief from pain.

Can children use Menthopas patch?

Menthopas patch, can be used for children 12 years old and over. Parents should speak with a pediatrician before applying Menthopas to a child.

Can I continuously wear the Menthopas Patch?

Is it OK to use Menthopas Patch for Pregnant or Breastfeeding?

Please speak with your doctor before using Menthopas Patch if you are Pregnant or Breastfeeding.

Can I use Menthopas patch on sunburned, blistered or damaged skin?

Menthopas patch should not be applied to wounds and damaged skin.

Are the patches flexible?

Yes. Can be applied according to the affected area

How to remove the Menthopas patch?

Irrigate Menthopas patch with plenty of water or saline and gently peel it off.

It has a proven clinical effectiveness and safety profile. As it doesn’t contain any NSAID drug.

Can Menthopas patch be applied along with oral pain relief products?

Yes, but a doctor should be consulted first and it is important to read both product labels carefully. The chance of a stomach bleed is small, but is higher if other drugs containing an NSAID are taken (aspirin, ibuprofen, naproxen, or others).

Can Menthopas patch be used from an opened sachet?

Are there any side effects or possible risks?

There are no side effects or possible risks in using Menthopas patches. Do not use if you are allergic to aspirin or salicylates.

What is the shelf life of Menthopas Patches

The Shelf Life is 24 months

Is it safe with children?

Not advised to use for children below 12 years

Can we apply for open wounds and injuries?

Is it safe during pregnancy?

Pregnant women are not advised to use Menthopas patches.

When should we avoid using it?

What are the precautions to be taken?

For external use only.

To which areas should we avoid using it?

Is it OK to use an expired Menthopas Patch?

No. The patch is not designed to be worn multiple times. Once the product has expired, please discard of it properly.

What are the contraindications of Menthopas Patch?

If irritation develops, use of the product should be discontinued

What are the storage conditions for Menthopas patch?

Store in cool, dark and dry place below 30 degree celcius. Keep away from direct sunlight

The following are the articles on Menthopas and its uses for our healthy life. 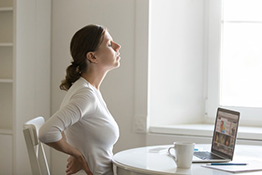 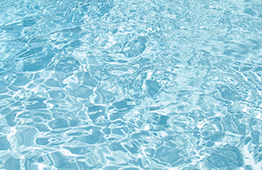 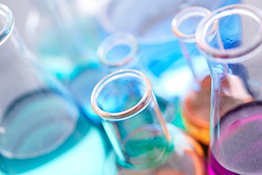 Free of any harmful chemicals, targeted manner to the pain-affected area, thereby not having the side effects. 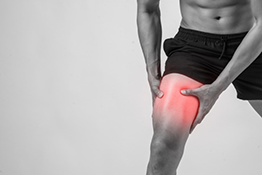 Non-messy, non-greasy. Menthopas is a waterproof patch that can be applied anytime, anywhere.

We have answered most of the commonly asked questions. We believe you’d get your queries resolved here.

Available everyday between 9am - 6pm except Sunday.